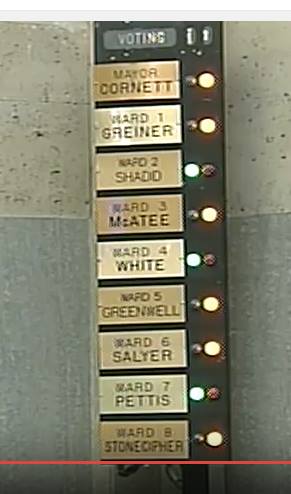 For the second year in a row, the Oklahoma City city council has failed to pass a popular initiative to name the second Monday in October as Indigenous People’s Day, as has been done in the Oklahoma cities of McAlester and Anadarko, and other cities like Berkeley and Seattle, thereby rejecting harmful myths about Columbus and replacing them with accurate history, while honoring the native peoples who occupied this land before 1492.

Once again, the public hearing consisted SOLELY of people speaking in support of the proposal and absolutely no one besides council members voicing even the least reservation about the idea. Yet, the mayor and most of the No voters repeatedly proclaimed that IPD and it’s proponents were “divisive.”

I want to know who exactly makes up the pro-Columbus, pro-genocide, pro-slavery constituency that so influences the mayor and five council members voting no on #IPDOKC. This vast lobby of voters apparently communicates with the fact-resistant, fairy tale-loving six someplace OTHER than public hearings. Do they connect up at church? At the grocery store? At the dog park? Inquiring minds want to know!

Sadly, this year the proposal got one less Yes vote, as Mr. Greenwell, Ward 5, inexplicably changed his position, and even made a horrendously racist counter proposal of his own, telling the Native people who they should honor and how (Jim Thorpe because he showed Native children how to assimilate into white culture — I kid you not, that’s what he said). Ed Shadid, Ward 2, the sponsor of the proposal both this year and last, spoke eloquently about idea, advocating for the “healing” that could begin with such a simple act as approving an IPD in OKC. As usual, most of his colleagues paid little attention to his wisdom. No wonder he doesn’t want to run again.

Note that the city does not currently recognize Columbus Day, so no historic figure or nationality is being rejected in any real way by bringing IPD to the city as a new “day” given some official imprimatur.  And of course, OKC, like municipalities across the nation, name all kinds of “days” to mark history, organizations, causes, and people of note.

Joining Shadid in support of the measure were Mr. White, Ward 4, and Mr. Pettis, Ward 7.

A personal note: As a relative newcomer to Oklahoma, I’ll just say I find it very interesting that the non-Native people here find all kinds of excuses to exploit Native peoples and culture, to fatten their own pocketbook (or just look pretty for a photo), but can’t ever seem to give a grudging whit of respect to the real lives and values of Oklahomans who happen to be Native (or, more accurately, Natives who happen, by misfortune of history, to be Oklahoman).

Now to some specifics.

As the only African American member of the OKC city council, Mr. Pettis has distinguished himself from his predecessor, also a token person of color, by not getting arrested driving under the influence. Congratulations for passing that low bar, Sir. But in the kissing up to monied and powerful interests in the city for his own advancement and enrichment, well, let’s just say he is following the Skip Kelly script.

Today, Mr. Pettis made a fool of himself admonishing Native Americans for telling his colleagues Mr. Greiner, Ward 1, and Mr. Stoneciper, Ward 8, that that their 11th hour “compromise” for a August 9th IDP in OKC was no compromise at all, and was rude and racist since they did not consult with any indigenous people prior to making it. He was the third vote for the October date, which was small comfort after that display of pandering arrogance.

Mark Stonecipher, who represents Ward 8 (Edmond lite), was having quite a bit of difficulty on his fainting couch, just overcome with the “devisiveness” of the anti-Columbus declarations in the public hearing. It took me about two seconds after Googling “Mark Stoneciper city council” and only perusing the first page of the results to learn that within the past year he voted FOR an anti-panhandling, anti free speech ordinance that was pretty controversial, and AGAINST an ordinance forbidding housing discrimination against LGBT people in OKC. I guess his delicate sensibilities are at the mercy of his much more forceful political bias.

Columbus was not “first” in anything to be proud of

It didn’t come up today, but can we just talk about science for a minute? Surely I’m not the only one in the city to watch PBS and other places where 21st Century archaeology is documented. Because, let’s be clear, Columbus was not the first Caucasian to stumble across North America while looking for something else. Scandinavian seafarers were here long before the Spanish-financed Italian, and that isn’t under much dispute by historians at this point. Just by the Columbus “truthers” who reject science.

What did get talked about, and rightly so though it was most cited as the reason for council members voting NO — because exhibiting strong emotions resulting from 500+ years of genocide is just so off-putting, you know — was the true history and legacy of Columbus: racism, torture, exploitation, rape, slavery, genocide et. al. That’s what Columbus “discovered” in American, by initiating and promoting such inhumanity. That is what Columbus was, and what the historic record of his life should include. To fail to do so is, a lie, a very harmful lie. And it is a lie that can no longer be left unchallenged. Official recognition by OKC or not, indigenous people and their allies are not going to leave this lie sitting there unchallenged any damn longer.

From the participants and friendly media

Here are some of the videos, photos and comments I found about the public hearing on social media.

I don’t know specifically what the next steps in this effort will be. That is for the Native activist themselves to determine, and I will take my lead from them. But I know a few things that citizens can do, and need to be thinking about for the next little whiles, until a response and plan for action is formulated.