Are you seriously going to sit back and let the Army punish Chelsea Manning with solitary for a suicide attempt that was a direct response to their inhumane treatment of her? People around the world are aghast, as am I, that this will be permitted to happen. Apparently it will take intervention from the very top to stop it. Thus I write this letter, in spite of my despairing recognition that it will be unsuccessful in reaching you, much less moving you to respond to my appeal with appropriate action.

Chelsea Manning is a trans woman — ultimately under your care — in severe emotional crisis, and the Army you lead has delayed or resisted giving her the treatment for her gender dysphoria that its own doctors prescribe. That modern medical science recommends and provides. That new policies for transgender troops command.

The recurring, or relentless, mistreatment of Chelsea Manning since her arrest, not to even mention the outrageous length of her sentence, will forever be a mark on your presidency. That is history; but if you take action now to prevent this latest outrage, it will help to mitigate the historic impact. Your term began honorably with cessation of the policy of torture by US agencies initiated by the Bush administration; don’t let it end dishonorably by allowing, and thus condoning, the torturous punishment of solitary confinement for Chelsea Manning as punishment for her depression. Clinical depression which is not being treated appropriately by the Army, and which appears to be very consciously and deliberately aggravated by the Fort Leavenworth command. Frankly, recent events leave me with no other reasonable conclusion on this.

A disciplinary panel at Fort Leavenworth in Kansas, where Manning is serving a 35-year sentence for leaking US state secrets, ordered that the army private serve 14 days in an isolation cell after she tried to take her own life in July.

She was disciplined on Thursday under a charge known as “conduct which threatens”, which alleged that by making an attempt on her own life Manning had interfered with the “orderly running, safety, good order and discipline, or security” of the facility.

But psychologists and other clinical professionals specializing in mental health and suicide prevention were astounded by the punishment, which they said flew in the face of current thinking. Numerous studies over many years have shown that even short spells in a solitary confinement cell can dramatically increase the risk of suicide in both civilian and military prisoners.

I beg you to intercede with the powers you have available to you to stop this latest punishment, and to command the Army to provide the treatment and surgery Chelsea Manning needs — immediately.

If, additionally, you would commute her sentence before you leave office, it would be a lasting demonstration of your mercy, and serve to restore faith in the US practicing the values and human rights it promotes so vigorously around the globe, but too often neglects at home.

By no stretch of the imagination does Chelsea Manning pose a threat to anyone at this point (except herself if she remains in her current state of distress). She has been thoroughly punished and publicly humiliated quite enough.

Her treatment will be a permanent black mark on your legacy unless you act now. As Commander in Chief of the US military, it is your responsibility to stop this accelerating horror that is shocking the world. 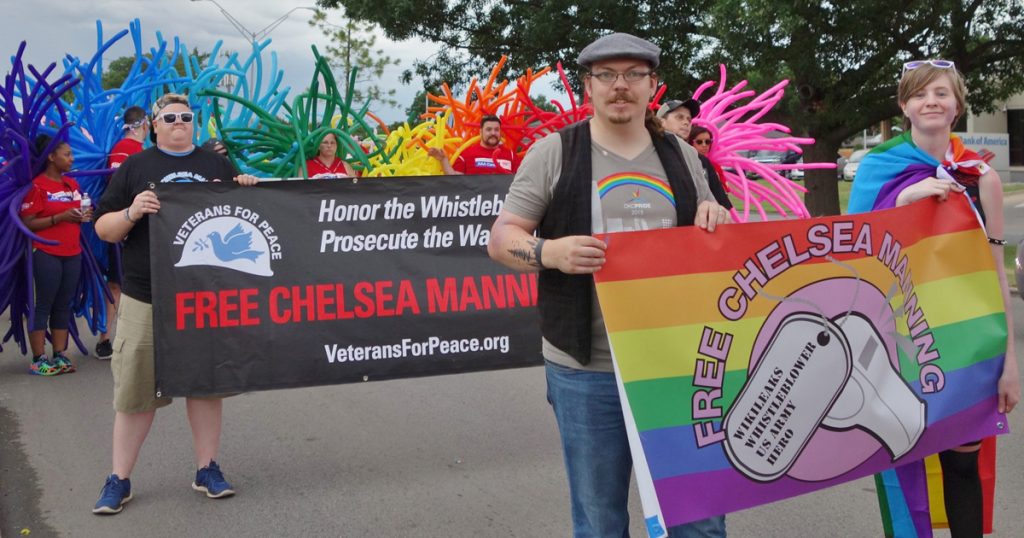