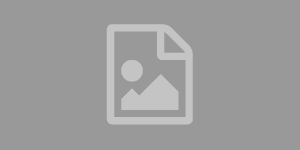 OCC is thrilled to be working with IVAW and the Oklahoma Chapter of the National Lawyers Guild to help organize and promote Winter Soldier Austin, hearings using testimony from soldiers to tell the realities of the war in Iraq. Several of our members will be participating, either by providing testimony, providing support services, or live-blogging […]

My Activism / Personal stuff & other interests

I did my first interview with my new Flip camera on Thursday, talking to Daniel Sandate, who was just released from Ft. Sill on Tuesday. He was accompanied by James …

My Activism / Politics and law

One of the better things I did this year was join the National Lawyers Guild. Here is a good indication of what they are about. Where other groups are organizing …

The following message comes from the attorney that works with Oklahoma Center for Conscience. He provides low-cost, and when possible through our support, no-cost legal services to active duty military seeking conscientious objector status and discharge.
We will shortly have a Paypal button on this site for easy donations using a credit/debit card. In the meantime, […]

Colin Powell, former Sec. of State for George W. Bush, is scheduled to be the guest on Meet the Press this Sunday, and buzz is that he will announce his …

Among the seven killed in the helicopter crash in Iraq the other day were three Oklahoma National Guardsmen from the Lexington unit (initial reports listed five deaths). Family members of …

by Steven D, originally published at Booman Tribune and reprinted here with permission.

It’s a sad fact, but Senator Dodd was unable to stop a very bad FISA bill, that even Bruce Fein, a former Reagan official at the Department of Justice claims is a gross violation of our civil liberties.  Majority Leader Senator Harry Reid wouldn’t let him.  Yet one man, one Senator, has been able to stop dozens of bills simply by saying “no” to Harry Reid.  Who is this all powerful Senator?  Why a Republican, of course:

. . . Sen. Tom Coburn (R-Okla.) has a large framed picture next to his desk that serves as a constant reminder of his political ideology. Inside the black frame and matting is a single word, in large white letters: “No.”

Coburn has become best known as the lawmaker who says no — no to increased funding for unsolved civil rights crimes, no to creation of a national registry for victims of the disease ALS, no to more money for child pornography prosecutions. […]

Most of the bills, including a child pornography law that passed the House 409 to 0 in November, are so noncontroversial that they would normally sail through on voice votes, with no roll call taken. […]

Since January 2007, Coburn has used his senatorial “hold” to block more than 80 pieces of legislation, which means Reid knows that Coburn will object to unanimous consent on those bills.

Coburn is also the Senator who put a hold on extending additional protections to government whistleblowers, a bill that had already passed the House 331 to 84.  The same bill that would likely pass the Senate with a veto proof majority if it were allowed to come to a vote.

Does anyone wonder anymore why Congress has such a poor approval rating?  When Republicans held the majority they passed whatever the hell they wanted (or whatever Bush told them to pass) and Democrats were powerless, or at least they claimed they were.  Remember the Terry Schiavo legislation?  That passed even though a majority in the country opposed it because the Democrats in the Senate caved. Yet, now, when Republican Senators up for re-election are running scared and willing to back many Democratic proposals, Reid lets one yahoo nutcase like Tom Coburn put the kabosh on any and all legislation regardless of how beneficial it might be.  Need you be reminded of just how loonie Coburn is, take a peek at this:

At a Republican meeting this spring, Coburn warned: “The gay community has infiltrated the very centers of power in every area across this country, and they wield extreme power … That agenda is the greatest threat to our freedom that we face today. Why do you think we see the rationalization for abortion and multiple sexual partners? That’s a gay agenda.” […]

“I favor the death penalty for abortionists and other people who take life,” he told the Associated Press in July. Last week, he told the Hugo [Okla.] Daily News: “We need someone who will speak morally on the issues and not run from the criticism of the national press … We need to have moral clarity about our leaders. I have a 100 percent pro-life record. I don’t apologize for saying we need to protect the unborn. Do you realize that if all those children had not been aborted, we wouldn’t have any trouble with Medicare and Social Security today? That’s another 41 million people.” […]

In 1999, after the massacre at Columbine High School in Colorado, Coburn opposed President Clinton’s proposal for making adults liable if they allow their children to buy guns and harm others. “If I wanted to buy a bazooka to use in a very restricted way, to do something, I ought to be able to do that,” said Coburn.

Yet this moron is allowed the privilege by Harry Reid to hold up any damn thing he wants, no matter how popular it is with his own Republican colleagues.  This ideologue and criminal, who illegally sterilized one of his Native American female patients without her consent and filed a fraudulent Medicaid insurance claim, is more powerful than Harry Reid.  You have to ask yourself — why?  Why does Reid allow this buffoon to run rings around him, and delay and deter desperately needed legislation?

Whatever happens in the Presidential election this Fall, Democrats are likely to retain their control over the House and Senate. And if there is one thing we’ve learned it is that our current Democratic Leaders, Nancy Pelosi and Harry Reid have been a disaster for the Democratic Party.  They were not only dead wrong on FISA, but they have been ineffective across the board in promoting the Democratic Party’s stated agenda, from ending the Iraq occupation to increasing funding for the SCHIP program, which provides health insurance to uninsured children.  Reid allowed the Senate to pass the Lieberman-Kyl amendment which all but grants the Bush administration permission to attack Iran at its discretion.

Time after time Harry Reid has proven himself to be a gutless coward when it comes to standing up for  progressive policies which have the support of the majority of Americans.  When push comes to shove, he’s permitted President Bush to get whatever he wanted on the important issues of the day.  And now he has allowed one idiot Senator from Oklahoma to run rings around him in blocking the passage of needed bipartisan legislation.  It’s time for Democrats to just say no to Harry Reid’s continued tenure as Senate Majority Leader.  If he can’t out think and outfight Tom Coburn, he doesn’t deserve to lead the Senate.

Sometime next week, the Pentagon will announce that 13,000 more Guard troops will deploy to Iraq and Afghanistan next year (7 of 8 units going to Iraq). WASHINGTON – The …

Tristero at Digby’s place looks today at “the problem of modern rhetoric” within the Right/Left political debate, prompted by the supposedly right-wing answer to MoveOn.org. MoveOn’s Eli Parisher makes the …